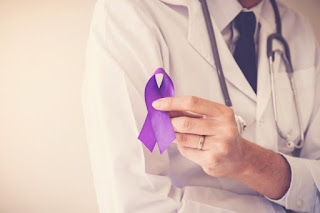 A global enterprise account executive at Oracle, Janice Zajchowski provides prescriptive solutions to drive business growth for Fortune 10 accounts. As part of her charitable efforts, Janice Zajchowski participated in the March for Babies as a member of the Houston March of Dimes team.

March of Dimes released a 2020 Report Card to raise awareness about the key elements affecting the health and wellness of mothers and babies in the U.S. The Report Card assigned grades to the 50 U.S. states and Puerto Rico, as well as the top 100 most populous cities in the country, based on preterm birth rates, the rate at which infants are born too early. It showed that the U.S. continues to have above-average preterm birth rates among developed countries. Further, preterm birth rates have increased in the U.S. for the fifth consecutive year. As such, the U.S. received the grade of a “C-” on the report card.

Several factors contribute to high preterm birth rates, including preexisting medical conditions and social determinants such as experiencing insufficient prenatal care. Among its other findings, the 2020 Report Card showed that women of color are most likely to be impacted by social determinants such as lack of insurance, poverty, or lack of prenatal care. Based on the results of its research, March of Dimes has launched the #BlanketChange campaign, with a focus on enhancing equity, prevention, and access in healthcare to improve maternal health in the U.S.
at January 20, 2021 No comments:

EXPERIENCE SOUTH AMERICA   Janice Zajchowski has been an Executive in the High Technology Industry for 10+ years. She started her career in ...

An MBA graduate of Babson College, Janice Zajchowski has been working as a sales executive for more than 20 years. Having held such titles as regional sales manager for Pacific Edge Software and major account manager for Hyperion Solutions, she has a strong track record of exceeding sales quotas, handling global accounts, building professional relationships, and advocating for clients. Janice Zajchowski leverages this extensive experience to serve as an enterprise account manager for Oracle Corporation in Boston, Massachusetts. She predominantly handles the sales of Oracle Analytical products in this position and has completed transactions with several Fortune 10 accounts and a Fortune 100 pharmaceutical company.Outside of her professional pursuits, Janice Zajchowski engages in philanthropy. She volunteers through the Boston Cares agency, writing cards and creating videos that bring joy and help nonprofits know that others are thinking about their staff and the people they serve.Through the agency, Ms. Zajchowski has volunteered with the Possible Project, an initiative that helps young people with untapped potential develop the skills and opportunities they need to be entrepreneurs, and with the Mayor’s Office of Financial Empowerment’s Boston Tax Help Coalition. Ms. Zajchowski has also donated time to the Hale House and the New England Center and Home for Veterans.